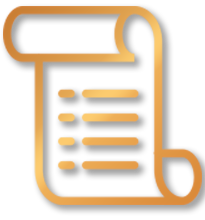 Entry Fee For Submissions Of Films

After submitting, check your Film Freeway account to make sure that your submission meets our requirements and has been accepted for consideration. It is your responsibility to make sure all requirements are met and necessary information is given. You’ll receive a confirmation email that we’ve received your submission, as well as any potential notifications of further information we need from you.

Locations and dates of screenings will be determined upon final selection of films.

Online links file must be delivered to Ahmednagar International Film Festival within 14 days from notification of acceptance.

films may use International Film Festival of Ahmednagar (IFFA 2021) laurels on their posters and other media.

All Decisions made in Selections, screenings, awards and on the Festival in entirety by the festival Appointed “Selection Committee” will be final.

In case of any dispute related to Selection of Films, Locations & Dates for Screening,Awards Ultimate decision will be taken by Festival Director after Official Selection Committee.

By entering your film for consideration for the 2021 International Film Festival of Ahmednagar, you authorize that your work is cleared for festival exhibition and accept full legal responsibility for the intellectual property therein; and you shall indemnify and hold harmless the International Film Festival of Ahmednagar, including our officers, affiliates, employees, and partners, from and against any and all claims, liabilities, losses, damages, and expenses (including but not limited to attorney’s fees, and costs of the court) which may be incurred by reason of any claim involving copyright, trademark, credits, publicity, screening, and loss of or damage to the screening videos entered. Once the film is submitted it can not be withdrawn under any circumstances.

International Film Festival of Ahmednagar is hereby granted the right to utilize all submitted promotional materials, film excerpts, including film trailers, from any film submitted and accepted for exhibition at the Festival for promotional purposes. All filmmakers understand and accept that if their film is accepted for presentation and screening at International Film Festival of Ahmednagar, they grant full and unrestricted permission for International Film Festival Ahmednagar to screen the film at times of the festival committee’s choice and to charge an admission fee for the presentation of the film. The filmmaker understands and accepts that they do not participate in receiving any funds from the box office proceeds which are fully retained by the festival to help cover the overall cost of the festival presentation.